Home QR Codes When Skype, Twitter And QR Codes Are Introduced To Students In North Carolina

If I had to choose a post that was my personal favorite to write, this would be it!
There are so many reasons why I kept smiling as I am typing and why this story sends happy feelings throughout the Visualead office.

Too many times, businesses that find themselves quickly climbing the ladder of success and forget about the important things in life while focusing on traffic , dollars and cents. It is for that reason exactly that I was extremely excited when I connected with Mrs. Roscoe, an inspiring middle school teacher at the Hamlet Middle School in North Carolina, whose motivation to make a difference and instill in her students the confidence that they can do anything they put their minds to, hit a nerve with us at Visualead. 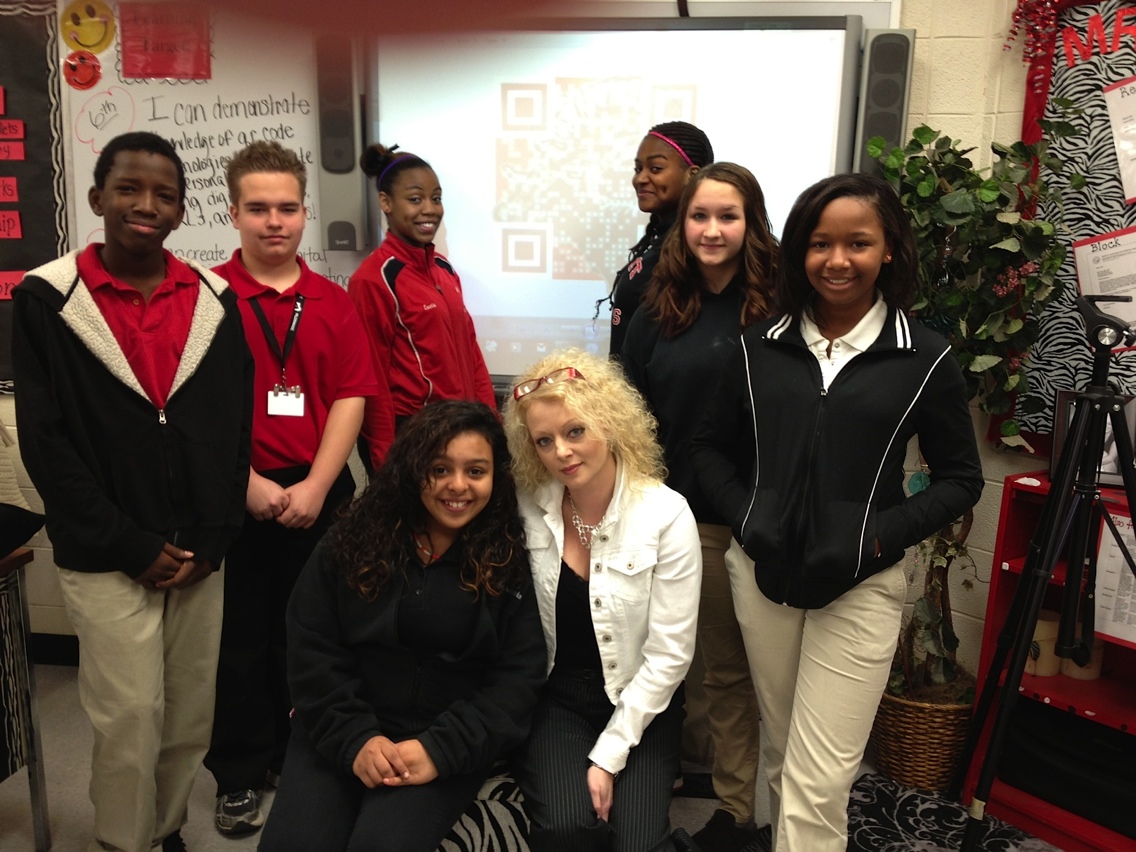 It all started when I saw a Tweet from Mrs. Roscoe about how she is using Visual QR Codes to teach her students a lesson in mobile marketing and technology. At first it was a regular Tweet that mentioned Mrs. Roscoe used the Visualead Visual QR Code Generator to create a personal Vcard but it was Mr. Jim Butler’s (the principal) reaction that really caught our eye.

Tomorrow we will be trying to discover the latest ways to integrate technology with instruction. Teach’em the way they learn! #ncties13

Seems like the whole school is connected and using social media as Mrs. Roscoe’s co-workers joined the Tweetup to throw compliments her way.

S/O to my colleague @julzros for showing her students the true meaning of global learning today! #redrams #globalclassroom

Here is a little personal confession, I didn’t exactly love school. It wasn’t the teachers or the fact that my father happened to be my principal (he is actually legendary), it was more my lack of interest in what was being taught. Whether it was History or the English teacher teaching us Shakespere, I was wondering where and when in my life will I be using either of those subjects. While I do believe both history and literature are important, I was more of a “teach me about life” kinda guy. That is exactly why when I saw Jim Butler’s second tweet I knew Visualead has connected with a unique kind of school.

After our first Skype session I knew right away that I was speaking with a teacher whose job was her life and whose students are treated as if they were her own children. Whether it was the excitement in her voice as she explained to me how she can’t wait to introduce Visual QR codes to her classes or her bragging about the school’s basketball team, The Hamlet Rams, who lost the championship game by 1 point, I felt I was talking to a mother who was bragging about her own children.

Although the Rams ended the season and missed being crowned champions because of 1 point, the video they made to show appreciation to their coach proves just what a group of superstars they really are.
Scan Hamlet’s Red Rams Mascot and see what champions ar really made of. 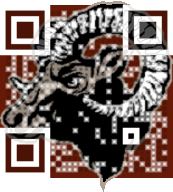 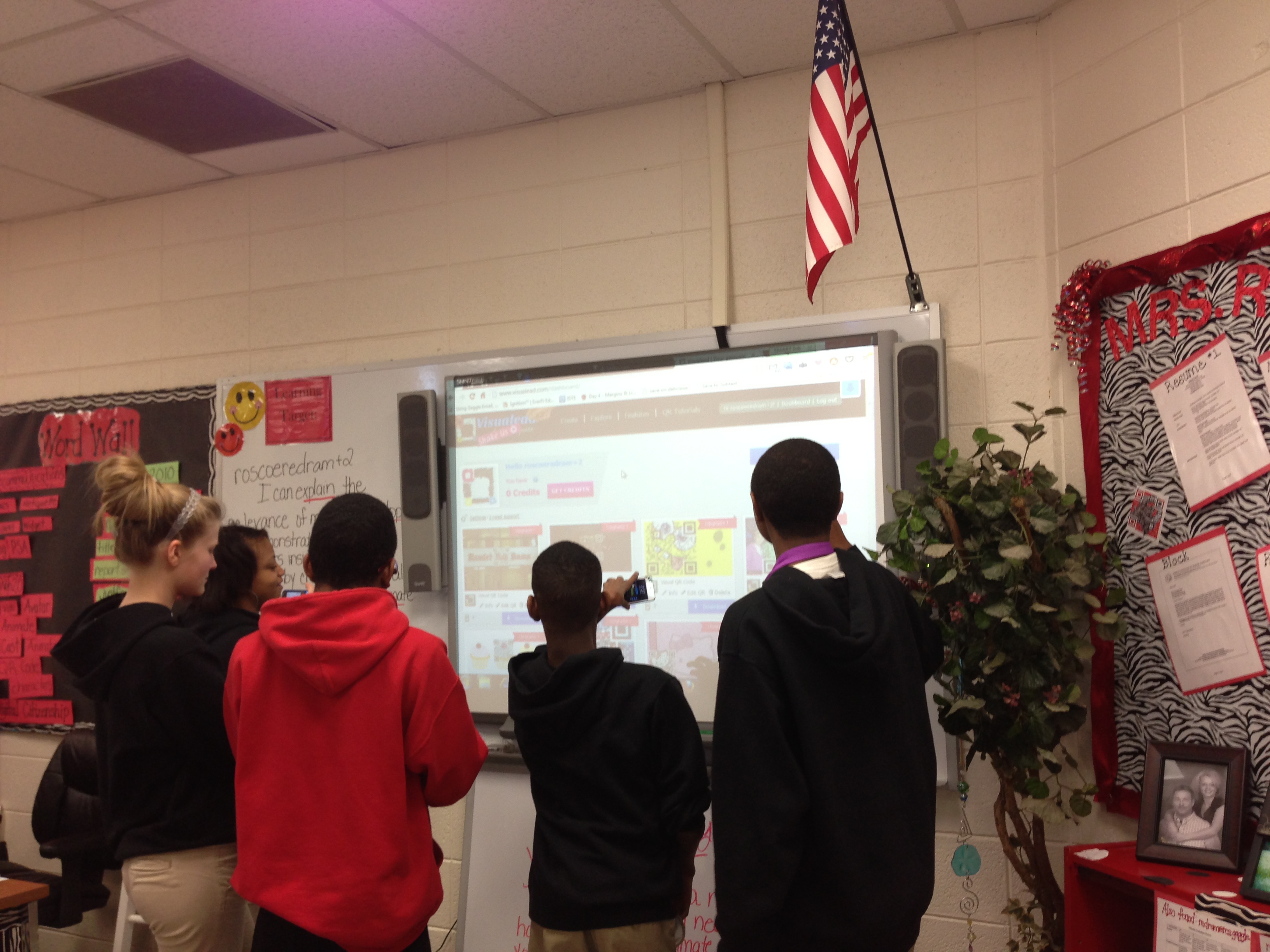 I asked Mr. Roscoe if she would like to write a post for the Visualead blog, once again her reaction proved that she is not only an inspiring teacher, she is proud of where she works and excited about the potential of her students.
Here is what what Mrs. Roscoe had to say.

“While creating my lesson plans, I always strive to incorporate an engaging new web tool or other captivating technology to keep my Middle Schooler’s eager to enter my computer cave! Recently, I discovered a new web tool that instantly caught my eye and immediately started to spin a web of ideas to get my students excited about learning. The social butterflies are greatly influenced and responsive to teachers who do exciting lessons where they are allowed the creative ability to explore new tools, use their personal devices and communicate with peers.  Until recently, the only activity my students wanted to use their devices for was steaming music or video feeds.  We did a few podcast activities, polled a few times, but the spark was still not there for them or for me.

A brief history of the QR code, as well as the cousin barcode, allowed my students to make a useful connection for this technology in regards to marketing and advertising.  We generated ideas about the codes, walked the halls to find a few, while discussions about “wonder what this code reveals” took over.   I knew instantly that I was setting the stage to blow their little minds about the Visualead Website. 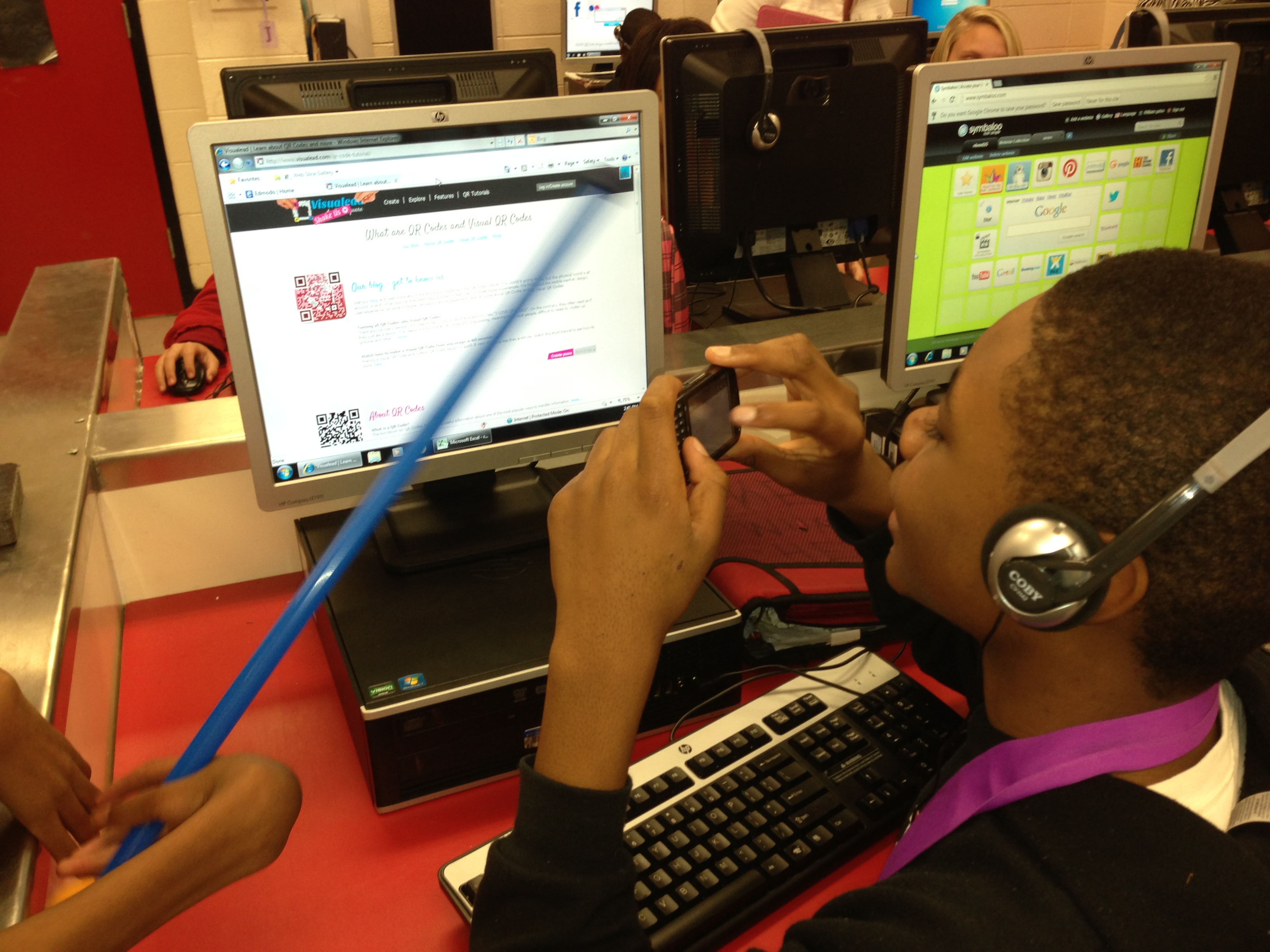 The next day, I started some music, turned off the lights and let my projector do the rest!   More than just ooohs and aaaaahs filled my classroom; it was more like Christmas morning for both me and the students.  They immediately started in with “I want to do that”, “Can we make one” and that was the moment I became a Rock Star!

Their smartphones were no longer music players but tools for learning, at last!  The ideas for incorporating the now, popular QR code flowed from the mouths of my students as they moved around the room scanning the codes.  The lesson turned into one of the most memorable classroom experiences but it only got better.  Visualead saw my Twitter enthusiasm and reached out for me to share my experience.  I personally received a message from Ari Fuld, Visualead’s social media and content manager with an invitation to blog and Skype.  I was honored to hold the Skype meeting with him personally but when two educators talk great things happen, so we also held a Skype session with my students.  They were amazed when they found out we were talking to someone across the globe!

Students offered ways to incorporate QR scavenger hunts outside by utilizing the Google map feature, vocabulary activities and student created Videos.  Our girls’ basketball team created a farewell VIsual QR Code and made cards to give to their coaches. My sixth graders created QR “theme” codes to support literary elements. The possibilities are endless!  I have experienced many happy Friday’s and memorable teaching moments but this is by far the most awesome experience in my career.

I look forward to a long global friendship.”

The Hamlet Rams Do The Harlem Shake.
Scan the Visual QR Code below and feel the Rhythm of the Rams! 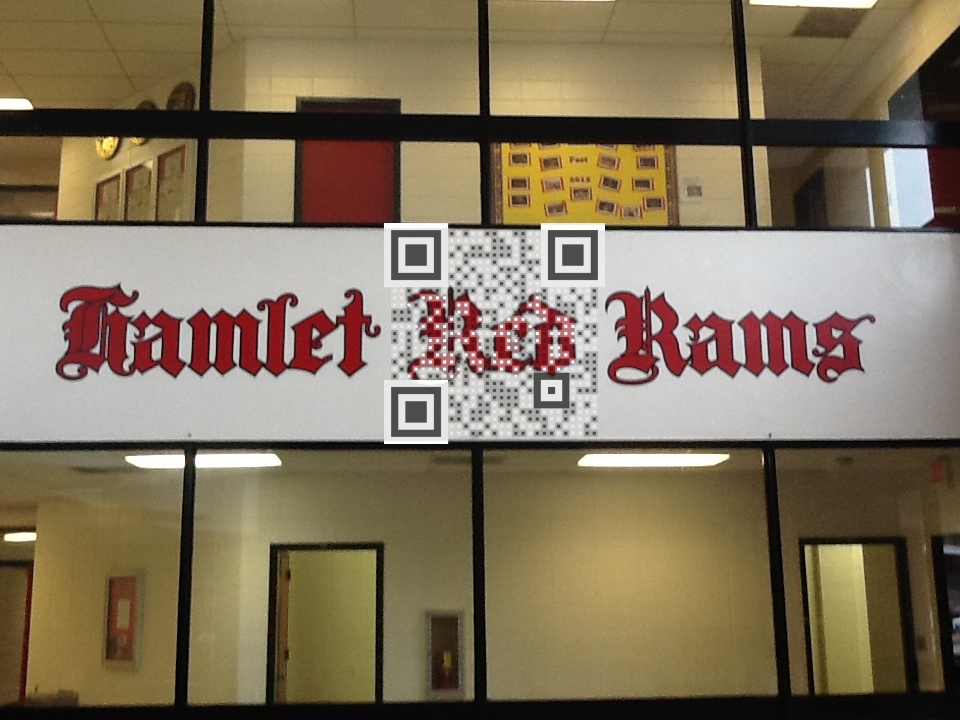 Mrs. Roscoe,
The pleasure was all ours.