Home QR Codes What is a QR code reader? 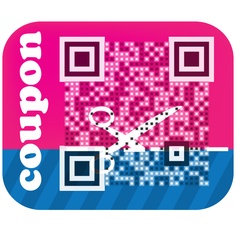 Even though there has been a lot of talk about QR codes, there are people who just hear of them but do not know what QR codes really are. QR codes are a type of bar codes, two dimensional bar codes to be precise. QR codes can also be defined to be black and white square matrices that are placed on a white background, and are used to save data.

The invention of QR codes took place in Japan, back in the 1990s. During this time when QR codes were invented, they were only being used to track car spare parts in inventory. People had not yet come up with other ways that QR codes can be of useful to them. This is not the case today. People, mostly business owners have found more than one way that they can use these codes. Since QR codes have the ability to save large amounts of data, business people are using this to their advantage.They store data that they find to be relevant to their customers in these codes.QR codes are today being used as the latest form of marketing.

What is a QR code reader – how QR codes work

A QR code reader is an application that is available for download on the internet. Ensure that you are using a smartphone when downloading a QR code scanner or reader. Once you have the application installed on your phone, launch it and focus the camera of your phone to the QR code that you want to scan. The QR code reader will automatically scan and decode the information in the QR code. The information will also be saved automatically on the smartphone device that was used to scan the QR code. You, therefore, do not need to scan a QR code twice.