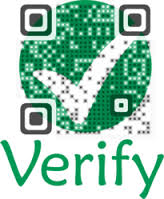 The number of people who are using smartphones is increasing day by day. As more people use smartphones, the number of people who can enjoy using QR codes is also increasing. As opposed to when QR codes were created, that is in the 1990s, you can be able to use your smartphone to scan a QR code. Back then, people were using large bar code scanners to decode the information that is contained in a QR code. Today, you can be able to scan a QR code from the comfort of wherever you are, so long as you have a smartphone that has a QR code scanning application installed in it.

For those who are still completely blank when it comes to QR codes, here is a brief definition: a QR code is a type of bar code. This 2d bar code can be able to store more data than the traditional 1d bar code can store. The information that is contained in these bar codes is in encoded form, and that is why you will need a QR code scanner or a bar code reader that has the ability to scan QR codes, so as to decode the information contained in a QR code. Before you learn more about QR code scanning applications, it is important you get to know how QR codes are created.

The first step to creating a QR code is finding an ideal QR code generator. A QR code generator is simply a tool that helps you create a QR code. These generators are available on the internet for free. Depending on the QR code type that you want to create, enter the data that you want to be contained in the QR code in the text box that see. Click on the create QR code button a preview of your QR code will be shown. Download and print your QR code.

Get to learn more about creating visualead free QR codes.