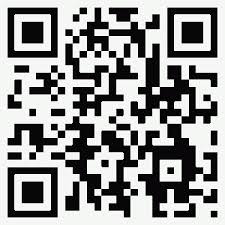 UPC Codes created a buzz back in the ‘70s and retailers recognized their potential. Unfortunately, as time went by this technology faced a challenge as retailers would not buy the scanners needed citing they were expensive. This however changed when manufacturers started printing Codes on all their products forcing retailers to get with the program. Eventually, all retail stores started using Barcode scanners to date.

Traditional Barcodes were 1D Code that had a limitation on the amount of information that could be stored in them. There rose a need for an easy way to market products and also store massive amounts of information in a simple Code hence the creation of the modern QR Code. QR Codes, also called Quick Response Codes, are 2D Codes that have enough space to store information in the thousands. However, when QR Codes were first created, they were not use on a wide range as they are nowadays.

QR Codes have experienced global fame thanks to the fact that they can be scanned using smartphones. Question is how does a Code scanner manage to make any sense out of those seemingly unintelligible square and line patterns that make up a Barcode?Part of that answer can be found in the Code’s design. The design is created in such a way that the scanning process will be as speedy and accurate as possible.

Take the QR Code as an example. It is made up of

Even if you have a Code that has been perfectly designed, it is useless without refined software that is capable of identifying the alignment patterns of a Code thus decode it. Here is how Code scanning takes place: Once the camera of the smartphone has processed the image, the software starts analyzing that image. It calculates ratio between the white and black areas of that Code and therefore is able to tell which square carry the data and which are alignment patterns. Using the 2D Code’s error correction and in-built patterns, the pp is able to compensate any distortion the Code might have. Once the digital “reconstruction” has taken place, the app outputs the information.