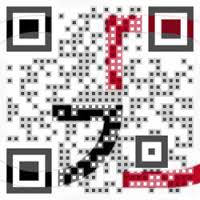 Are you interested in attracting more traffic to your website? Look no further since QR codes will do the trick. QR codes are two dimensional bar codes. Depending on the type of QR code, they can be linked to contact details, a website, a personal blog that has personal details and at times may even contain a text message. QR codes can be linked to many things depending on the needs of the one who is creating the QR code.

A QR code that has an image included in it is very attractive, and creating one is easy.