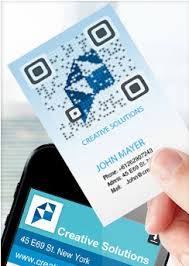 From billboards to restaurant menus to business cards, tea mugs, t-shirts and business websites, there are many places that you might have seen these black square matrixes that are placed on a white background and you are probably asking yourself what they are.

These black and white square matrixes that have become very common are called QR codes. QR codes are a type of barcode that are known to save much more information than traditional barcodes. QR codes were first invented in the ‘90s, in Japan. During this time, they were not very popular as they were only being used in the car manufacturing industry. This has changed and people have found more than one way that they can use QR codes. QR codes are nowadays being used mostly by business owners for marketing and advertising.

Creating a QR code is very easy, and it only requires a few minutes.

Like creating a QR code, scanning a QR code is also very easy. With the help of QR code scanners that are available on the internet, you will only take a few second to decode the information that is contained in a QR code.

Using a smartphone that has a QR code scanning application installed in it, focus the camera of your smartphone to the QR code that you want to scan. The QR code will be automatically scanned and the information will be decoded.