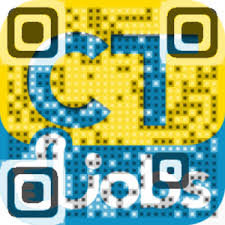 Do you constantly wonder what these black square matrixes that are placed on a white background are used for? QR codes were invented in the mid-1990s in Japan and they were solely used for inventory tracking in a car manufacturing company. However, this has changed over the years as they are being used in more than one way.

QR codes have the ability to store a lot of information, which is encoded. You to have a QR code scanner or reader to decode the information contained in the QR code. Back when QR codes were invented they were scanned using large bar code scanners. This is, however, not the case today due to improvements in technology. To make things better, the QR code scanning applications can be downloaded and installed on a smartphone. This means that you can be able to scan a QR code using your smartphone. If your smartphone is a newer model, then you might not need to download a QR code reader since it might come with a pre-installed QR code scanner.

Scanning a QR code is easy, just as creating a QR code is. As mentioned earlier, you do not have to carry around large bar code scanners. You can scan a QR code and decode the information that is contained therein using a smartphone that has a QR code scanner installed.

Whichever QR code readers you choose to use they all work in the same way to scan a QR code successfully.