Strolling along the Bund and gazing at the awe-inspiring skyscrapers, perusing a favorite brand on the glamorous Nanjing Road, or enjoying the cool solitude of the Yuyuan Gardens – Shanghai is the most metropolitan of cities that I’ve ever been to. The city rivals only New York in its glittering lights, industrious open-for-business attitude and breathtaking, beautiful buildings which are a wonderful mesh of Chinese, European and American architecture. In addition to its urban pleasures, Shanghai is also delightfully situated very close to other lovely cities such as Hangzhou and Suzhou which both boast of natural attractions of their own, such as Hangzhou’s captivating West Lake and Suzhou’s many famous gardens. All in all – Shanghai is a must for all city lovers. 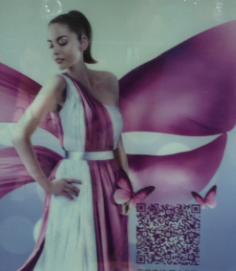 Surrounded by QR Codes in Shanghai

As I flag down a taxi to visit the artsy Tian Ze Fang area once again (also known as the French Concession), I can’t get over how QR Codes are such an essential part of Shanghai and its surrounding cities. Codes are Everywhere, not just in posters and advertisements but also in tourist information signs, police announcements, mobile payments options, menus and so. All around me QR Codes try to entice scanners to connect with brands on WeChat and in the metro, brands try to out-do one another with larger and larger QR Codes in hopes of catching the hurried passersby’s attention as they rush off. What astonishes me most about the QR Codes I see is how much effort is put into finding a visually appealing QR Code solution (because, as everybody knows, QR Codes aren’t very appealing in their present black and white form). Practically every QR Code contains their brand’s logo in its center and color QR Codes and even beginner attempts at transparent QR Codes are abundant. 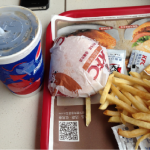 While I’m happy and impressed to see how China is living up to its title as one of the world leaders in QR Code usage, it saddens me to see companies and brands trying so hard to create eye-catching codes with the black and white standard, when Visualead (or Shijuema, as we’re known in China) has such an amazing, simple solution for them! Visual QR Codes were born for Shanghai and I can’t think of another city more suitable for taking the leap and adopting the vibrant Visual QR Codes to match the sparkling glamour of its streets. So Shanghai – are you up to the challenge? 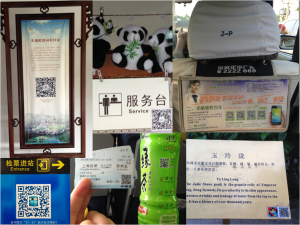