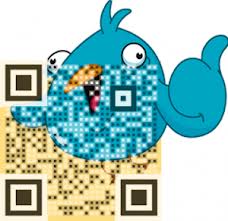 With technology advancing so fast, it is amazing that a service that was created many years ago to benefit the car making industry in Japan can also be use in the advertising and marketing industry. It took more than one decade for people to realize that they can use QR codes in more than one way. Quick response codes, also known as QR codes, are barcodes that are used to save different types of data. Business owners have taken advantage of this fact and are using the codes for marketing and advertising. They encode information such as phone numbers, email addresses personal details among other types of information that their clients find useful.

QR codes were initially scanned using barcode scanners. Today, QR codes can be scanned using smartphones that have QR code scanning applications installed. Once a QR code is scanned, the information that is contained in it is decoded and displayed on the screen. Scanning a QR code is as easy as creating one. The information that is contained in the QR code is automatically saved in the smartphone that has been used to scan the code.

Get to learn more about creating QR codes using a QR code generator.