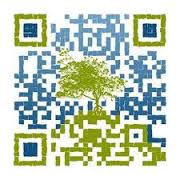 Quick response codes have been in existence for the longest time now. However, their usage is yet to become mainstream. Most people do not understand the potential that lies in QR codes. Hence, they ignore them as marketing tools for business or personal use.

If you have been keen on how QR codes are being used today, you may have noticed by now that there is a great lack in the use of QR codes that are vectorized. This can be understandable mainly because most QR codes are made for use on fliers,business cards, price tags, over the internet and on the menus. However, the marketing industry is slowly moving towards the use of clothes and t-shirts for marketing brands and businesses. This is mainly through the printing of QR codes on clothing.

In order for this method of doing marketing to work (printing QR codes on clothing), the quick response codes must be larger than the normal size QR codes.

To do so, you can follow these simple steps.

This will create a vectorized QR code that can be used on any marketing platform; especially on clothing.

If you do not want to go through the hustle above, you can also use a vector QR code generator. This generator will ensure you create vector quick response codes automatically and mostly for free.