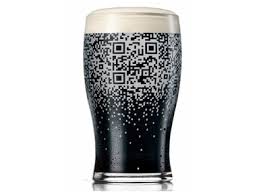 QR codes are sometimes referred to as matrix codes. For those who do not know them well, QR codes are simply 2d types of barcodes used mostly for advertising and marketing. These codes were first introduced into the market in the mid 90s in Japan. They were used in car manufacturing companies to track car parts. Today, these 2d barcodes are used in marketing and advertising of products and brands. It is possible to come across the use of QR codes in almost every marketable business. QR codes are used in restaurants, posters, emails, business cards, coupon codes and even o billboards among many other places.

QR codes or matrix codes can carry information vertically or horizontally. These codes have the ability to hold up to thousands of information more than 1d barcodes. It is possible for QR codes to hold 7000 digits or 400 characters at a time whereas the most complex 1d code can only hold 20 characters. For this reason, QR codes are seen as an effective way of replacing 1d codes. Even with the ability to hold a lot of numbers and text at a go, these codes still maintain their small size and their ability to be scanned. Even so, it is worth noting that since 2d QR codes are more complex than their 1d counterparts, they require more powerful QR code readers to decode the information placed in the QR codes. Today, there are numerous QR code readers in the market. It is also possible to scan QR codes using smartphones. This is because these smartphones come with ready to use QR code scanners. For this reason, one can scan a QR code using their phones.

Even with the fact that QR codes are perfect for use, they would be useless if there was not available a sophisticated QR code reader to decode the information in the code. QR codes scanners are simply software programs that are used to decode QR codes. These software programs can be downloaded and installed into smartphones. This is only if your phone does not have a QR code reader. The smartphone’s camera is used to bring the QR code into view and to scan the code. Some smartphones will require you to take a snapshot of the QR code before it can scan it while others only require you to bring the QR code into view for it to be scanned.

It is important to first activate the QR code reader before using your camera to view the code.