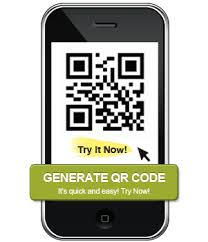 Nowadays, finding qr codes is a normal thing because almost all businesses have found it to be a very effective marketing and advertising tool. Some of the places you will see these codes include:

The information embedded in a qr code can include plain text, URL, coupon codes, and contact details among others. Online marketers and advertisers like using qr codes because of their ability to store more than four thousand different characters.

QR codes are also standardized and can, therefore, be used by anyone from any place around the globe. Previously, they were used in Japan since that is where they originated from, but their effectiveness eventually saw their popularity spread to the rest of the world.

Once you have found the best qr code maker free and have made a qr code for your business, the next and crucial step is to determine just where the code should be placed. Location is very important as it determines just how many people will use the code and actually use it.

However, just because you have to place the qr code in a place that is easily visible does not mean that you overshadow everything else. For example, if you want to have a qr code for a restaurant, you can place the qr code on the utensils but do not make the qr code the point of attention.

Will your customers be able to see the code?

Fact is, if you have had success making your qr code and have tested it to confirm that it is working, there is nothing stopping your customers from finding and using it. What you need to ensure is that they know how to use the code and you can do this by including a ‘how to scan’ tutorial just above the code.