Home How It Works QR Code in Color 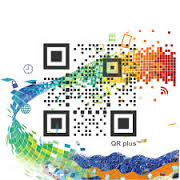 Did you know that all Smartphones can be used as barcode readers? Among the many different things a Smartphone can be used for, you can use it as a device to scan QR Codes. Quick Response Codes, better known as QR Codes are 2-dimension barcode types. They are those black and white hieroglyphics that have been smudged in a square shape. It contains things that look like squiggles and they are the ones that contain the information. The information may vary depending on the needs of the QR Code creator and user.

As much as QR Codes are widely used, they are black and white and this makes them unnoticeable. That is also the reason many people choose to ignore them hence the need for QR Code in color.

Customizing your QR Code in color

Before you start customizing any QR Code, you first have to generate one. You need to go online and identify a QR Code generator that has features that allow you to add color to the code. Visualead is one such generator.

First off, you need to understand the type of input or QR Code you want to create. Some of them include:

Adding color is the easiest way to get a QR Code noticed. You do not have to have a standard black and white QR Code for others to be able to get the information inside. QR Code generators like Visualead give you the option of using multiple colors and visuals like images to your QR Codes for a more appealing look.

When creating a QR Code in color, you only need to know the one thumb rule;keep the color of the code dark and make sure that it is placed against a brightly colored background. The contrast should be sufficient enough so that scanning is possible.