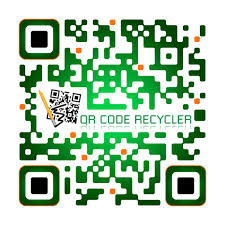 A quick response code, (QR code) is a type of bar code that is two dimensional.QR codes can be scanned using a bar code scanner or a smartphone that has a QR code scanner application installed in it. These codes came into existence in the 90s and were first used in Japan to track inventory in industries. However, advancement in technology has led to the expansion in the use of these codes. Today, quick response codes are used in most parts of the world as marketing tools.

QR codes are scanned using QR code scanning apps. These can be found and downloaded from online sites. It is possible to download these apps to your smart deice. The camera of the device is used to scan the code.

One of the reasons as to why QR codes are so unpopular is because QR codes lack exciting content. The users of QR codes are experiencing that some QR codes are just taking them to a very boring add or simply directly to a company’s website. Going through all this trouble is not convenient for users.

Using QR codes games can be a way QR code creators can use to make the experience of the user more interesting and exciting. A link to the intended site can be given later on after the game.

Here, you can learn more about a QR code game.