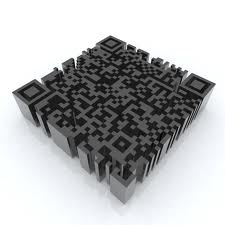 By now, most people already know a lot about 2d QR codes. However, very little has been written or said concerning 3d QR codes. Putting it an easy way, 3d QR codes are simply improved versions of 2d QR codes. Just like 2d QR codes, 3d QR codes also have the capability to carry a lot of information concerning a service or product. After the introduction of barcodes, 1d bar codes were first in use. With technological improvements 2d barcodes were created and now there are 3d barcodes. The main difference between 3d barcodes and its predecessors is that 3d codes use line heights to embed the data. 3d barcodes allow information to be embedded along the barcode’s line heights. The good thing about using 3d QR codes is the fact that the information embedded in these codes is more accurately hidden and is harder to see using the naked eye. 3d barcodes are tamper proof, which makes the ideal for different types of businesses. With 3d QR codes/barcodes, businesses can easily tackle issues like inventory errors, inaccuracy in pricing and overstocking among many other issues.

The technology used in making and using 3d QR codes is more or less the same as that used in 2d barcodes. The 3d QR code is directly embossed on the product it is supposed to be used on. Unlike 2d barcodes/QR codes, 3d codes offer a more permanent solution to businesses since it does not come in the form of a sticker than can be tampered with. When you scan a 3 dimension code, the characters embedded in the code’s lower region are also recognized. This is done with the same concept of the linear barcode white space. When the scanner reflects off the lines, the data on the code is digitized and the scanner interprets the image.

One of the main differences between 2 dimension and 3 dimension QR codes is the fact that the 3d codes can hold more information than the 2d ones. Also, 2d codes can only be customized to a certain limit. This is with regard to retaining the code’s ability to be scanned. However, the 3d codes give you a world full of opportunities. It is possible to create a 3d code and embed an image of just about anything in it. This makes 3d codes the preferred choice for businesses that mostly engage with people. This is because humans are generally captivated by images.