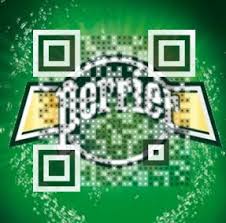 QR is the short form of “Quick Response” which is a square barcode that was first developed by a Japanese Toyota Subsidiary known as Denso-Wave. Unlike conventional UPC barcodes that have horizontal lines, QR codes are made up of squares and are easily captured. They also contain much more information than the ordinary barcodes.

However, a QR code is not just a technology whose use is only limited to checkout counters and in warehouses. They have evolved and are found in the consumer realm and that is why they are all around you.

QR barcode scanner android – How do QR codes benefit you?

As a consumer, Quick Response codes are meant to be a fast way of performing actions using your phone. As opposed to NFCs, QR Codes do not have fancy electronics neither do they need special technology. They are just black and white grids that are printed on pieces of paper and can be captured using any camera.

Typically, these two-dimensional codes are read by a scanning app installed in a smartphone. The application makes it possible for you to take any material that has a QR code, locates that code, analyzes it and converts the code to meaningful information. Example, you may come across a QR code on a product’s packaging, business window or billboard. You take out your phone and start scanning the QR code. The code will take you to whichever destination the creator of the code wanted.

Find out more about a QR barcode scanner android.