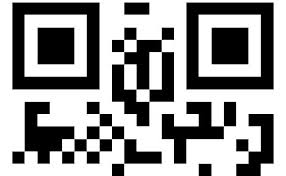 From generating sales and building royalties to enhancing local SEO and getting customer feedback, the ways through which QR Codes are put to use have no limits. Thanks to the user-friendliness of QR Code generators, you can easily create these codes and easily decode them with the help of a q code reader.

QR (Quick Response) codes are two-dimensional barcodes that have a resemblance similar to that of a square-shaped maze. As earlier mentioned, you can reveal the content that has been encoded in the code using a smartphone that has a scanning application installed.

As compared to 1D barcodes (UPC), QR Codes have the ability to store data more times i.e. about 133 times which includes numbers and letters. This is what has contributed to its increase in usage by many from all over the globe. QR Codes can store emails, phone numbers, maps, hyperlinks and much more. Even though the concept is still fairly new to some, QR Codes have truly revolutionized the world of marketing and advertising.

Even though there are not many people who know about this code, you can rest assured they will in the near future i.e. if the rate at which these codes are becoming famous is anything to go by.This increase in fame is assured because consumers do crave for information. That is why they devour online products and reviews descriptions before they even step a foot in any store. But that is not enough and they want more and this is what QR Codes have given them.

Many people who have come across QR Codes often wonder whether their phone is ready to scan the codes. Well, if you have a smartphone, then all you need to do is install a QR Code reader app and you will be able to scan and decode the code.

With that said, you can now scan a QR Code. Here is how: