Home How It Works Own QR codes 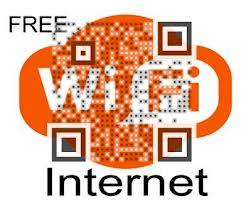 There is more than one way that can be used to explain what QR codes are exactly. QR codes can be defined as a type of barcode. QR codes can also be described as black square matrixes that are used to store data of different types.

The invention of QR codes took place in Japan. Back in the 90s, when QR codes were invented, they were only used in car manufacturing plants. People, mostly business owners, have found more than one way that they can use QR codes. Business owners are using QR codes to share their contact detail, email address, text message etc. there are also some business owners who use QR codes to redirect clients to their websites.

If you are a business owner, and you are already willing to embrace the use of QR codes, you do not have to the slightest idea of how you can get your own QR code then worry no more as creating QR codes is very easy.

Own QR codes – how to create

As mentioned earlier, creating a QR code is very easy. Just follow the steps that have been outlined below to successfully create your own QR code: