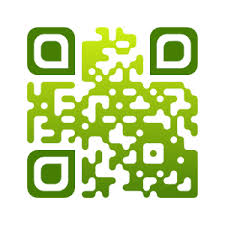 A Quick Response (QR) Code is a type of barcode that allows you to store massive amounts of data, the kind of data that would not fit in a piece of marketing material, say a brochure. Some of the information you can include in a QR code includes, but is not limited to, contact information, website page, event information, Geo Locations and website URLs.

Once you have the application installed, you can open it and scan the code. The camera scans the code while the application decodes the information contained therein. That is all you need to do to scan a QR Code. So, how about generating one? What does it take and is it possible to get a micro QR Code generator?

QR codes help bridge the gap between online and offline marketing whereby you can lead prospects to your website from a billboard or any other print advertisement.

QR Codes are only operated using standard handsets and they help eradicate transcription errors, mostly useful for URLs. A 2D code is in fact an ‘open format’ whose specs have been made known by the code’s owner.

The maximum numeric characters a QR Code can support are 7,089 and 4,296 alphanumerical characters. As for binary characters, it has 2,953 and 1,817 Kanji or Kana characters.These codes also have different levels such as:

Each level has a specific error correction capacity and they implement Reed Solomon technique for error correction. There are some levels that can restore 7%, 15%, 25% and 30% of code word.

A Micro QR Code is the term used for a small version of a QR Code. This type of code is limited in the amounts of data it can hold. This version also comes in several different forms. The highest micro QR Code version is able to hold 35 characters at max.

The design of a micro QR Code makes it easy to incorporate stunning logos, characters, photos and images without losing a single bit of information.