Noticed some square shaped, black and white codes on billboards, magazines, yard signs etc? Are you wondering what they could be? Well, they are called Quick Response codes better known as QR Codes.

QR Codes were first created in Japan by a Toyota subsidiary known as Denso-wave.Even though the recognition they received then is not even quarter a fraction of what they are getting now, these codes have been in use for over two decades.They came to the limelight after it was discovered that they have the ability to store massive amount of information and in different characters.

What’s more, they do not limit people on the type of data that can be embedded in them. The best part, they can be created for free and the ones that are charged have a fair price. This,to marketers, seemed to be a deal not worth taking considering the great recession that left many investors not wanting to overspend on new and expensive technology. 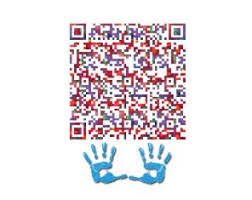 This is the best part. There is no limit to the places you can put your QR codes at. Also, QR codes can be printed on any material. You also don’t have to worry that your code will be too small for the surface you want it in example, on a billboard. You can generate one big enough to fit any surface you want and rest assured, people will be able to scan it.

QR Codes can now be seen in zoos and theme parks and they provide extra interactivity to visitors. There are people who have gone to the extent of having QR codes printed on their belt buckle. Other people have also had these 2D codes tattooed to their bodies. When choosing a QR code generator, you will have an option of hundreds to choose from.

If you’re stuck choosing between Kaywa and Visualead, read on to find out the best option.

The kaywa QR code generator enables its users to create up-to five dynamic codes at a time. Dynamic codes are those that allow users to change the information inside without having to create a new code.

In conclusion, Visualead is a much better QR code generator. It is not only efficient and user-friendly but also gives you an option of over 18 different types of QR codes.