Knowing you have a great product or talent and are just waiting to be discovered can be an exciting but very frustrating experience.
When I joined the Visualead team a year ago, I was a bit skeptical about the QR Code market. That skepticism lasted for about 5 minutes and ended abruptly when the CEO, Nevo Alva, CMO, Uriel Peled and CTO, Itamar Friedman, demonstrated Visualead’s patent pending technology that I believe will change QR Codes and the way we look at them. (Literally)

I tell people I have one of the most challenging yet exciting jobs on the market.
As the Content and Social Media Manager at Visualead, my job is take the QR Code, which was a meaningless, functional computer code and make it engaging, cool, sexy and a more effective mobile marketing tool.
Before I tell you how we took Beijing, take a look at some Visual QR Codes here.

This is what Visualead is doing to QR Codes

There were gamers and apps along with some awesome representatives from across the globe competing for Growth Stage Start-Up Winner.
One would never believe that a company in the QR Code space could possible come out on top of all the exciting companies that were pitching their dreams. That’s exactly the point, Visualead is not focusing on the QR Code but rather on engagement. The QR Code is the most commonly used tool to lead mobile users from offline to online. What Visualead does is make sure that engagement is a lot more creative, communicative, engaging and fun for the customer while raising brand awareness and loyalty for the company using a Visual QR Code.
Nevo even impressed the Asian Rovio team with our Angry Birds App Visual QR Code: (Yes, it really scans) 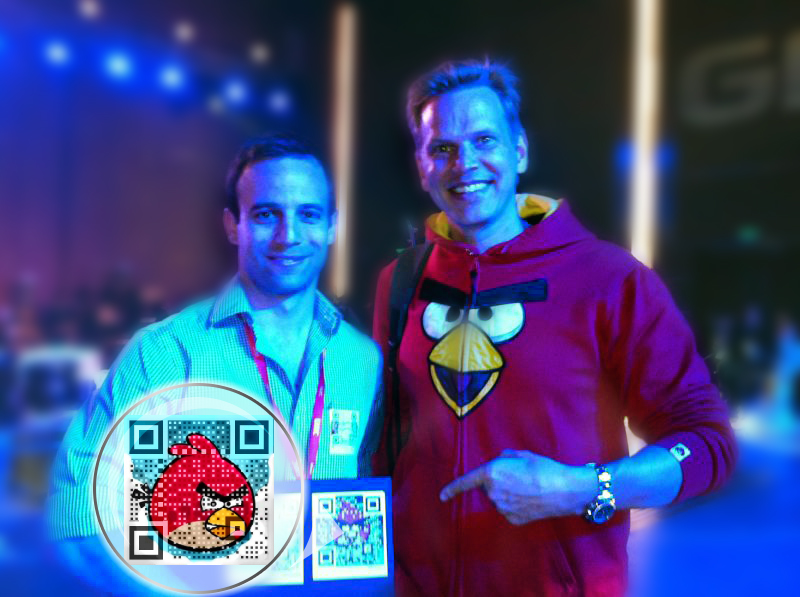 Within minutes after the Visualead booth was set up, the crowd just kept pouring in. Although we did have a FREE iPad mini contest, it was getting less attention than the amount of people who came to scan the Visual QR Code examples we had up. 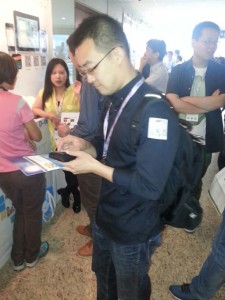 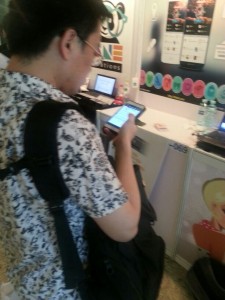 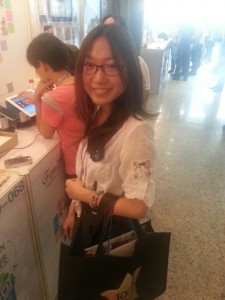 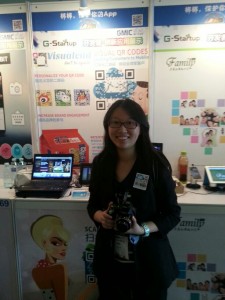 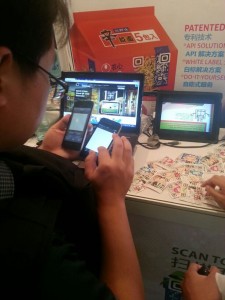 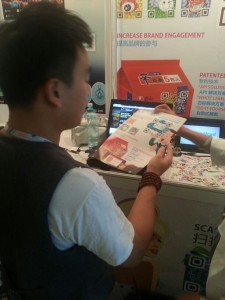 We came to the GMIC with an outrageous number of fliers, stickers and freebies and were completely cleaned out by the the second day of the conference. People were shocked at just how well Visual QR Code technology can actually turn any design or logo itself into a QR Code leaving over 70% of the original design intact. They scanned with iPhones, Androids and Windows phones and loved the fact that they were engaging with logos they knew, loved and trusted instead of interacting with random black and white QR Codes.

After “WOWing” the crowd it was time to impress the important people, the judges.
Nevo, Visualead’s CEO, took stage and in around six critical minutes succeeded in giving over the excitement we feel in the office everyday to a crowd of hundreds. 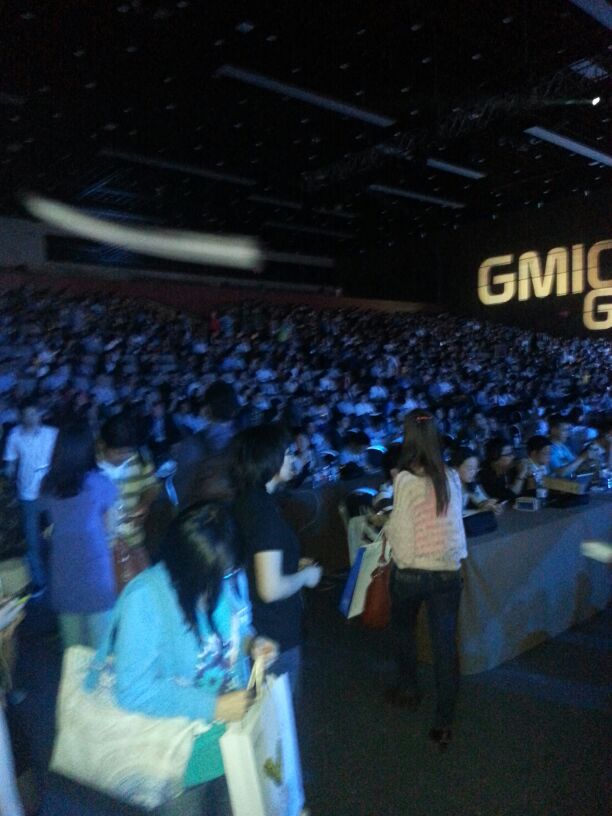 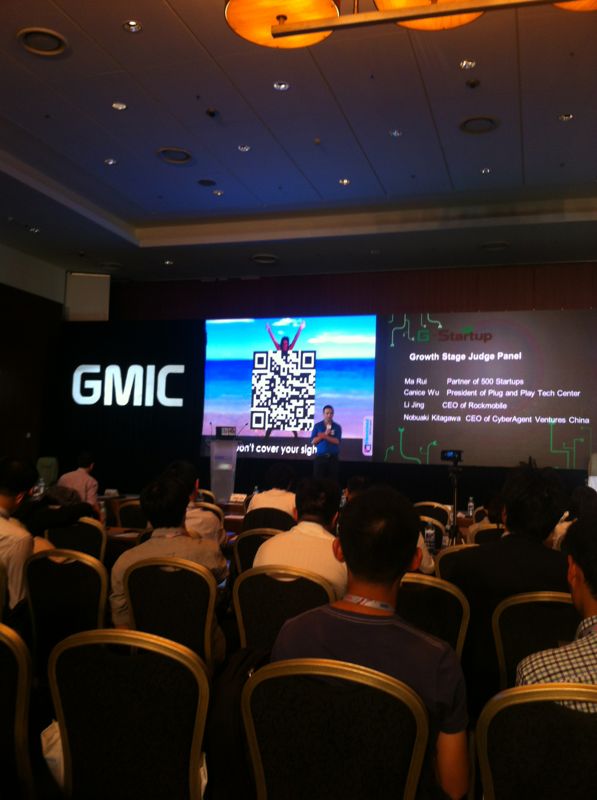 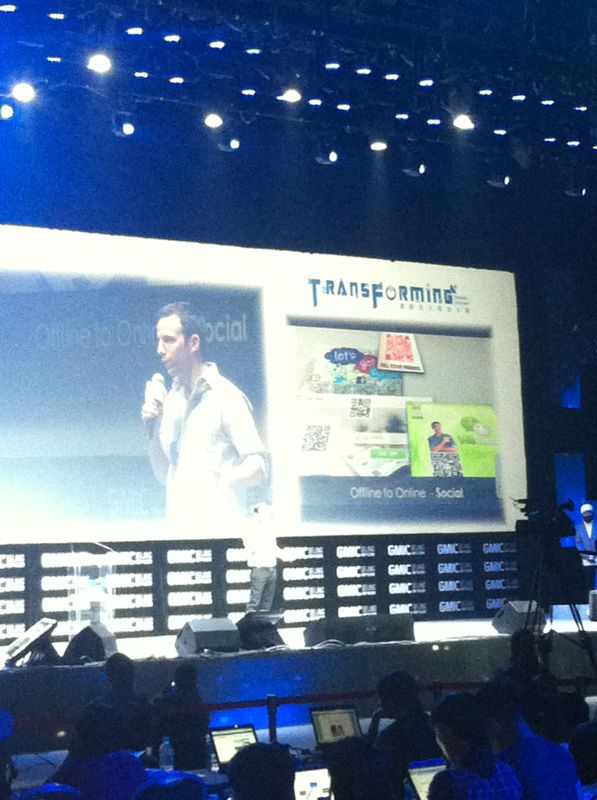 How do we know Nevo succeeded in exciting the judges?
Simple, we won the whole thing!

By the end of the conference Visualead was recognized for having the most unique idea as well as being crowned Growth Stage Start-up over all winner. 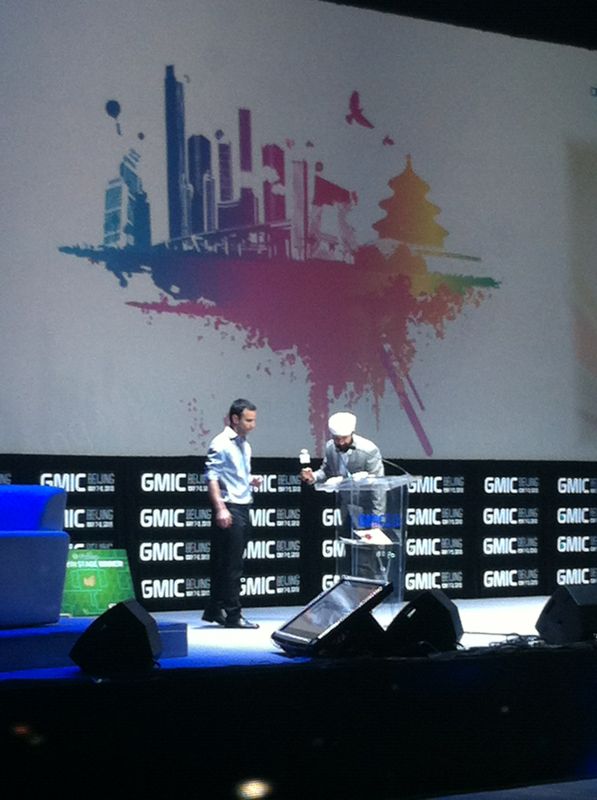 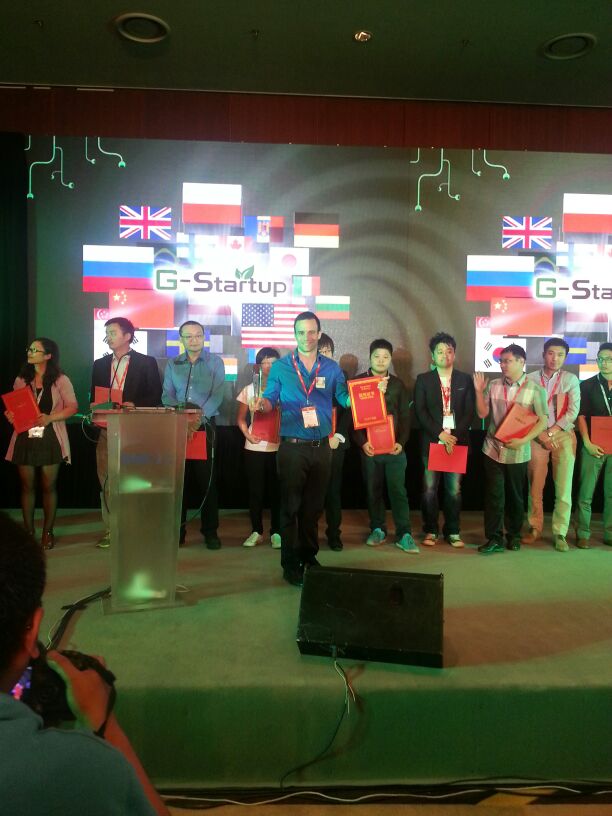 What are Visualead’s plans for the future?
We want to turn every QR Code into a Visual QR Code for better mobile engagement.