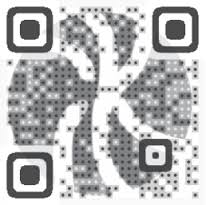 A quick response code, commonly known as a QR code, is a two dimensional type of bar code that is used to store data. Back in the 1990s, when the invention of these codes took place, they were only being used to track car parts in inventory.