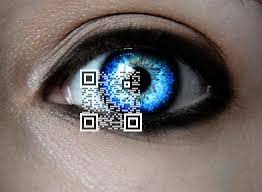 We live in a modern world with a lot of advancements in technology. In the world today, devices like mobile phones have functionalities for almost everything. Example, it is now possible to know when a stranger gets in your house or car via your mobile phone.That, compared to the many other things modern mobile phones can do, will look like a drop in the ocean.

If you recently bought a smartphone and gone through it, chances are that you will come across a pre-installed QR Code scanning application. So, what exactly is that application for and how does it make your everyday life easier?Also, get to find out about some of the best QR barcode scanner for Android phones.

Before you get to find out what QR Code scanners are and how you benefit from it, you first have to know what a QR Code is. In a nut shell, QR Codes are types of barcodes that have the capability of storing alphanumerical characters in 2D spaces such as websites, magazines, advertisements and even TV.QR Code is the short form of Quick Response Code.

When these codes were first invented, they were solely used in the auto parts industry to track parts for automobiles. This has however changed as these codes are now used on a much wider scale and their popularity has also expanded from being used only in Japan to all over the globe.

What is a QR Code scanning application? About barcode scanners

QR barcode scanners are apps that are downloaded from the internet and installed into smartphones. These apps are the ones that help decode any QR Code thereby giving out information that makes sense to you. The information may vary depending on the needs of the QR Code owner and can be, but not limited to text, website pages, URLs, contact information, Images and social media profiles. Some of these apps can be downloaded from the internet for free while others have a premium rate.

If you own a business, then QR Codes are great tools for advertising and marketing.The fact that most QR Code generators give you free services should be reason enough to try these codes out.

If you are a customer and using an OS like Android, you can also get the best QR barcode scanner for Android phones without paying a dime. This way you can scan a QR Code to get access to information for free.

Get to learn more about using the best QR barcode scanner for android phones.