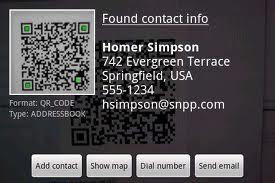 Have you just bought an Android Smartphone? You probably like the phone as it is, but did you know that your new Android phone is capable of helping you do things you never thought possible?  Owning a smart phone is far more than just the price tag. Android phones range from Samsung Galaxy S4 to HTC One to other low-cost phones.

Some of the best Android barcode scanner 2013

There are many awesome Android apps, below is a list of some of the five best Android barcode scanner2013: