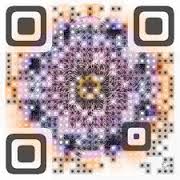 QR codes were invented in the ‘90s, are being used to date. Over time, people have found more ways that they can use QR codes. Back in the days when QR codes were being invented, people were using them only in the car parts manufacturing industries. This has changed over the years. QR codes are now being used as a medium of marketing. Business owners are also using QR codes as a way of engaging with their customers.

So far, we have answered two of the above asked questions. Before we answer where QR code are used, let us first know how we can create 2d codes.

How to create 2d codes

The QR code generator should be compatible with your operating system.

Click on the create QR code button. Before you download and print the QR code, test it by scanning it using a smartphone to ensure that it is working as expected. You can release the QR code out to the public if it is functioning as expected.

Where 2d bar codes are used

QR codes are not only used on the above mentioned places, they can also be used in other ways depending on the preference of the QR code owner. For example, there are QR codes that are used on t-shirts and others on tea mugs.